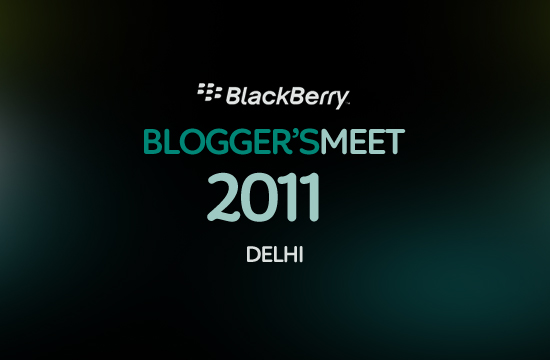 RIM arranged a short meet in Delhi last week for demonstrating their new tablet PC BlackBerry PlayBook to all leading bloggers in the country. And yes! BBin was invited as well 😉

Many executives at RIM were spotted and a brief presentation on BlackBerry PlayBook was given covering all awesome possibilities on the device. See the exclusive coverage of presentation below.

Later the day, BBin team had a long in-depth conversation with RIM India’s Carrier Product Manager, Ranjan Moses, asking the future of BlackBerry & upcoming devices. However, the release date of highly anticipated Bold 9900/9930 has been kept zipped but he managed to interact more about the PlayBook. “Android market will not release any soon. But it will later this year.” he said when asked about Android availability on QNX. Ranjan also refused to share anything about BlackBerry PlayBook 2(rumors), a 10inch replica. “We’ve just released this one(PlayBook 7inch), another tablet is a ‘Way ahead’ thinking” laughed Ranjan.

BlackBerry PlayBook was distributed along all attendees & successfully done its job stunning each. Everyone were addicted to its unique gesture controls & enjoyed real multitasking experience. The meet has been impressive overall & hope RIM continue manage activities more often in India. 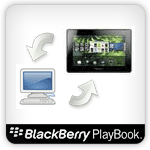