Back in July, strong words from share holders have boosted RIM Co-CEO‘s workflow in the company by promising 7 new releases in few months. Mike Lazaridis & Jim Balsillie, joint CEO at RIM are also given a chance to prove themselves before raising on position-role split. After dropping more than 80% in stocks, the company is all refreshed to set a comeback by releasing several new smartphones aiming every demanding consumers. The officials at RIM promised to release 7 new BlackBerry phones till end of this year and here are they in image below 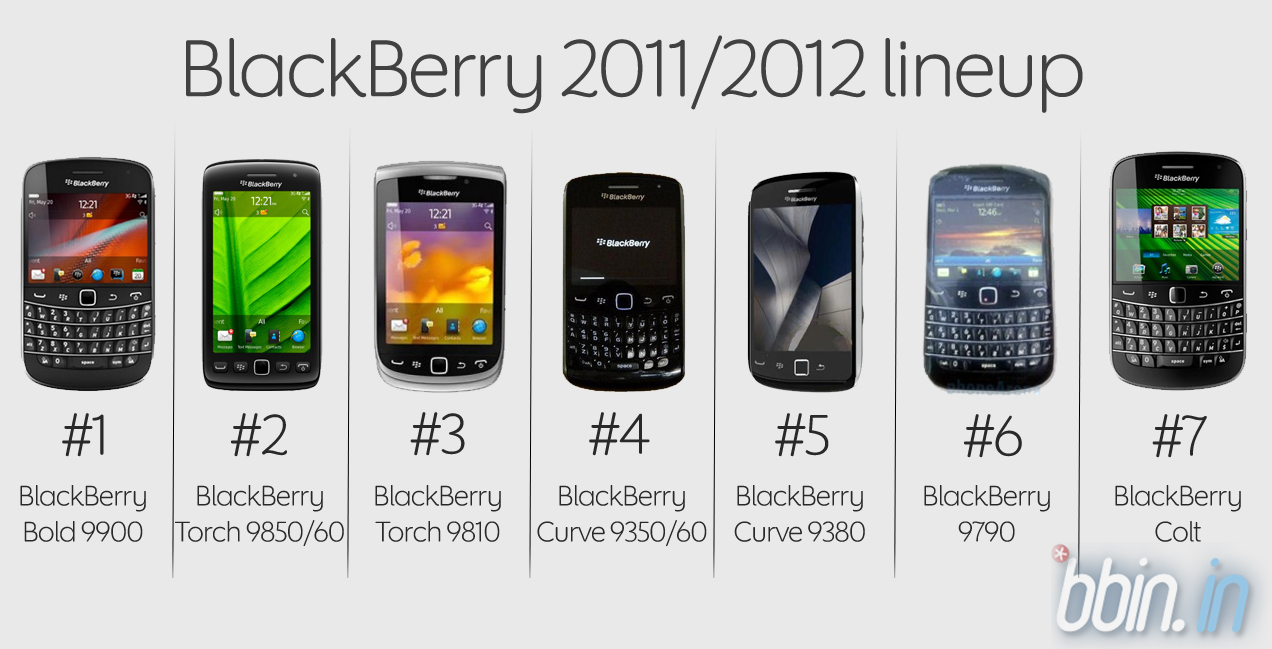 BlackBerry OS7 which is the new operating system is dumped into 6 of listed devices except the BlackBerry ‘Colt’ – Rumored to be the first BlackBerry ‘Superphone’ running QNX operating system. Though they havent been any official confirmation on Colt but it matches the statement by officials on porting QNX to phone by early 2012. To know more about these upcoming devices, choose your go by clicking below.