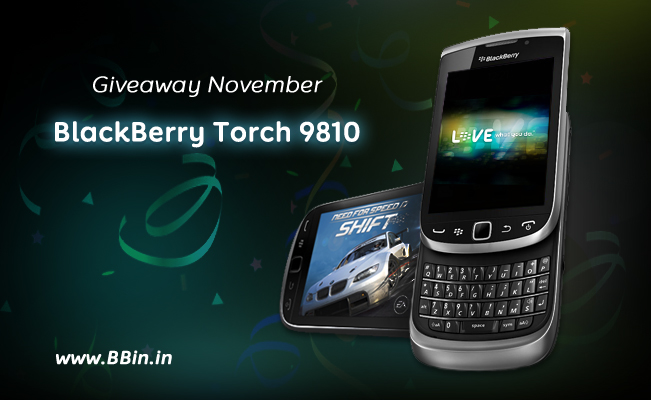 Ratish Sanghvi from Mumbai, an avid BlackBerry® User wins the award of brand new BlackBerry® Torch 9810. . Lot of information about Research In Motion history along his long lasting experience with BlackBerry made us feel the passion of a real FanBerry! Go ahead and read his informative and interesting article.

According to me every smartphone user today must have owned a BlackBerry Smartphone once in a while. No matter how the competition going on in Smartphone era, BlackBerry played an important role to bring so called Smartphones then to Super Smartphones now. BlackBerry is Research In Motion brand which started with a two-way paging device in 1998. From this we can think RIM’s first preference was ‘communication’, they perfected the secured communication infrastructure first then moved on to the bigger and moving market which was Mobility.

Networking, security is my passion. I love to read and learn more about this matter on the same I love BlackBerry devices as they always, even today give priority to the secured communication, no matter as said they don’t move with the technology but BlackBerry was the first to introduce NFC technology on Smartphones. Other hand I also like how RIM’s attitude. They don’t care what media has to say about them, how stock market dives, they have their own pace to what they do. RIM were #1 in North America for good more than 5 years and now maybe not in North America but Middle East and Asia is still secured the #1 rank.

I would like to share my experience with the BlackBerry. In 2002, I got my first BlackBerry Handheld to play with was was the BlackBerry 67xx, my father’s. He got it from his work and it was so elegant back then with the holster attached to his belt like a cop with a gun or a nightstick. I used to check its features which were not much on OS 3.0 but loved the Push Email technology. It did not have Yahoo! or MSN Messenger on it but used to chat with relatives through emails while we were on the go. Emails were the new fascinating things for us and using email just like a SMS was a top of the world feeling. Very soon that BlackBerry was upgraded to the 77xx which was on OS 4.x. It was a great transition. It also supports Instant Messaging like ICM, Yahoo! Messenger, MSN Messenger, AIM, etc., but not BBM yet. The browser was very much improved, emails functions, colour screen and the built of the product. I saw, I used, I ended up conquering one my own personal BlackBerry 8830 with GPS and MicroSD card in 2007. So long journey finally having our own BlackBerry is absolutely a different feeling altogether. My emails configured, my IMs always logged in, noting down noted on Memopad, using Password Keeper for passwords, own ringtones, etc. That was life! I always used Keyboard Shortcuts on PC and loved the way I could navigate on my BlackBerry as well. 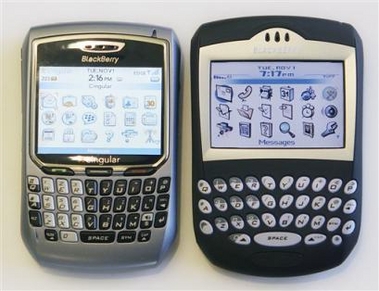 We were happily living… well for 4 months. My first incident BlackBerry went blind was while I was trekking with friends. At a point I was climbing a above the mountain, my BlackBerry slipped from my cotton shorts and I saw it falling from a height of almost 7 feet, face down. As soon as it hit the ground I rushed to pick it up. While bending over to pick I was praying it should not go blind but very sadly the screen went black and broken. It literally brought me down to tears. I really hoped I was dreaming about BlackBerry screen smashing.I cannot forget that moment my whole life. It was not only my first BlackBerry broken but also my first phone. But I stood strong! It might be unbelievable but I managed to use that same broken screen BlackBerry for 3 months! But before completing those 3 months I did switch to temporary phones, Motorola v3. Even with screen that temporary phone could not match my broken BlackBerry si had to go back to it within a week. As I mentioned, I was really good at using Keyboard Shortcuts and how BlackBerry is very fantastic at it, I managed to make calls without looking at the screen, forward SMS to nearby phone to read what SMS I received and also reply to the sender.

After couple of months I managed to buy the first BlackBerry Bold (9000) which was again a great transition. I can now compare all BlackBerry models from what they were and what they are today. I kinda grew up with them.

One of the happiest day of my life was the day I got my first BlackBerry Smartphone and other for the first BlackBerry Tablet! Would skip the great experience of the Tablet in this article as it would not stop.

Another sad moment of my life had to come when my BlackBerry was stolen.
On a starry saturday night my beloved BlackBerry was taken away from me, oh how I wished I could get my hands on those who did. Well stuck with a Nokia for the 3 longest weeks of my life I realized what a BlackBerry means, the real worth of it as with each passing day I would long for it more than romeo could ever for juliet.
I would borrow or rather snatch my friends berry to hold and feel what I was missing like a body with no soul..sigh
Then arrived the big day finally when I met my new match and a new love story began, my head bent forward, random smiles and all the more that only a BlackBerry could give.

Would not like to experience more sad moments with BlackBerry in future and I promise not matter how great other mobile phones would be, till date RIM is in motion with BlackBerry, I am a BlackBerry avid user!